The Burnaby Velodrome Club has made the hard decision to cancel the 5th edition of the Western Track Challenge. The event which was scheduled for January 15-17, 2021 was initially postponed due to the second wave of COVID-19 which caused significant restrictions on training, racing, and travel. At that time, the event was targeted for March or possibly May of 2021. Unfortunately, the pandemic continues to restrict activities in British Columbia, our neighbouring provinces, and northwestern US states. At this time, a decision had to be made so that everyone could move on to their next target event. The Burnaby Velodrome Club thanks everyone for their continued support looks forward to hosting the Western Track Challenge in 2022.

The Western Track Challenge was established in 2017 as a collaboration between the Burnaby Velodrome Club, CyclingBC, and Cycling Canada. This Nationally sanctioned event is a platform for U19, and U17 racers to challenge their fitness and home in on that competitive spirit in preparation for the Junior Nationals. The event also serves as a regional Championship for Western Canada and attracts racers from the Pacific Northwest. 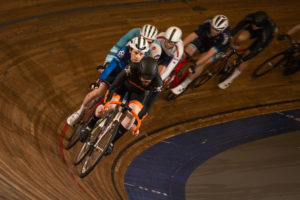